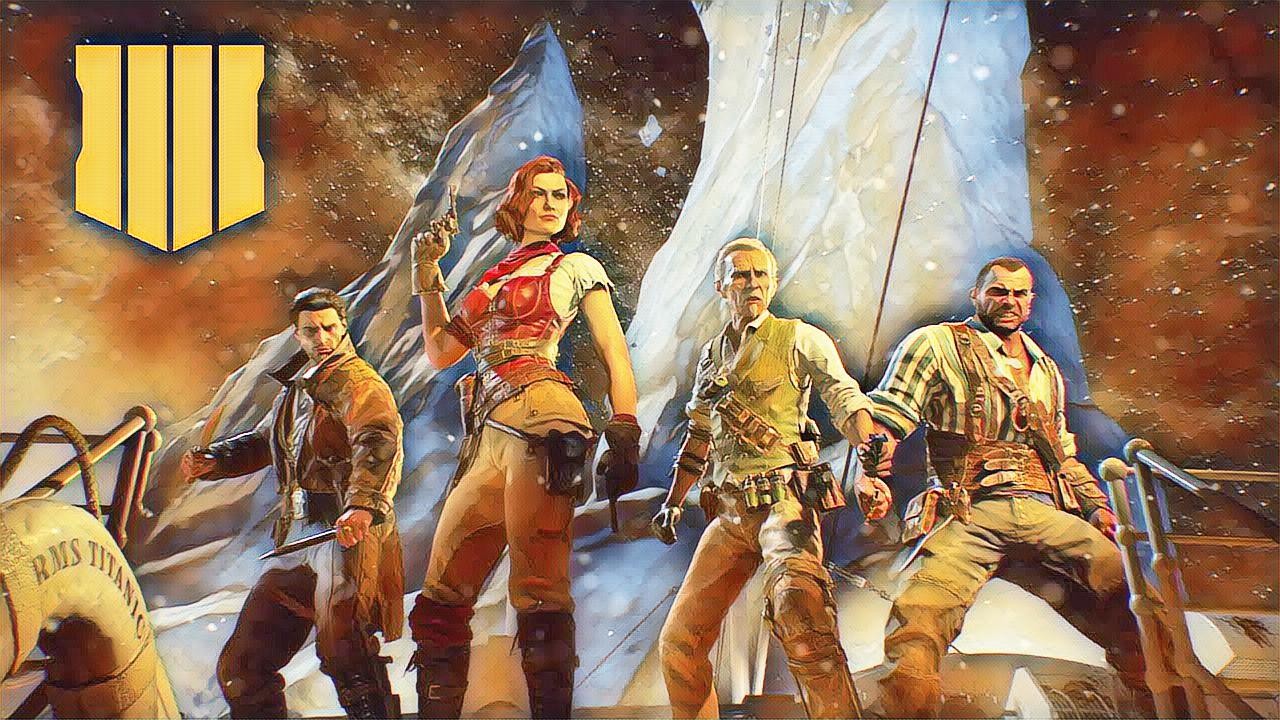 Call of Duty: Black Ops 4 is officially 4 days from its global launch and with it comes the biggest Zombies experience on disc to date! From now following all the way to launch day, there will be articles stating all that you need to know about every Zombies map before playing them on October 12th!

Starting from the tip of the iceberg we have ‘Voyage of Despair’ the first map to take place on a cruise ship, but not just any cruise ship… the map takes place on none other than the RMS Titanic! With Voyage of Despair taking place on the Titanic, the date that the map takes place on is April 14th, 1912 which for all you history people was the date of the historical sinking of the RMS Titanic.

Following this new map also comes 4 brand new playable characters which have been confirmed to be dubbed the Chaos Crew, whom of which are Scarlett Rhodes, Diego Necalli, Bruno Delacroix, and Stanton Shaw.

Now with the introductions out of the way let’s get into what this map brings to the table. Voyage of Despair is the first entry of our Chaos Crew in which explains that Scarlett Rhodes’ father, Alistair Rhodes, has gone missing. Although she resented her father, and his pursuit of myth and legend, she will go on a quest to find, him, alongside 3 others whom of which owe her father huge debts (which is explained in the upcoming Dark Horse Comics on BO4 Zombies). Along the journey the tech-minded Scarlett and company will witness horrors that science can’t even begin to explain…

The aesthetic of the map correlates to the historical accuracy of the real RMS Titanic, with the Treyarch dev team working hard to scale everything as close as possible. The map will feature many different levels and rooms of the Titanic itself including the Grand Staircase, Grand Dining Hall, and the Main Deck just to name a few…

If you want to check out the trailer for Voyage of Despair, click the link here

If you want to go ahead and look at some leaked gameplay though, click the link here (FYI the link will be updated if it happens to be taken down at some point)

Special thanks to these two for helping me create this post: